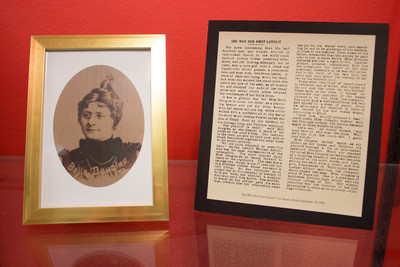 Very little is known about Belle Douglas, the 1895 graduate of Chicago College of Law, who caused a stir when she won her very first case. One year after her graduation, she had her own practice at 79 Dearborn Street and was listed in the city directory as a lawyer. According to the Chicago Daily Tribune, in February of 1896 Douglas represented a group of women who had not been notified of the dissolution of the Women’s Cycling Club, of which they were a part, and were locked out of the auction of its assets. Though the defendants won the rights to the club’s property, they were required to divide the $185 in auction profits among Douglas’s clients.