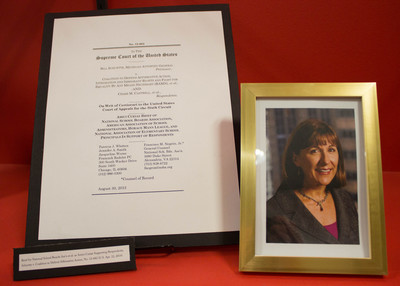 Patricia Whitten began her career after graduating from Chicago-Kent College of Law as Assistant Attorney for Chicago Public Schools, where she served for six years. In 1981, she became the first female and youngest general counsel of the Chicago Board of Education, a role she served in for more than 11 years. From 1990-1994, Whitten was a partner with Seyfarth Shaw, and joined Franczek Radelet as a partner in 1994. Whitten’s practice involves all aspects of education law, and in recent years has had a particular focus on special education law and educational equity issues and related litigation. She has expertise in constitutional and civil rights, including educational equality and desegregation issues, labor and employment, tax and finance, board policy and administrative matters, and legislative drafting and interpretation. Whitten is a member of numerous bar associations, serves as a member of the Ad Hoc Special Education Committee of the Illinois Association of School Board, and has participated in a number of precedent-setting cases in federal courts. Since 2007, she has been selected annually as one of the Illinois Super Lawyers in the area of Schools and Education Law, and in 2011, she received the Professional Achievement Award from the Chicago-Kent College of Law.