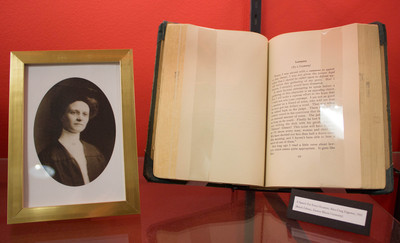 Alice Marie Craig was born in Wisconsin in 1874, where she graduated from Carroll College and began her teaching career. She moved to Chicago after her marriage to Charles H. Edgerton, who passed away several years later. Edgerton secured a job as a stenographer in a law office, having no previous training. She soon became a private secretary to the Judge and Clerk of the Probate Court of Cook County, and during this time attended Chicago-Kent College of Law, graduating in 1910 and earning her LL.M. in 1911. During her first year, Edgerton won a prize of $100 for having the highest grade in a class of 150. She also co-founded both Kappa Beta Pi, the nation’s first legal sorority, with eight female classmates, and the Women’s Bar Association of Illinois. She was admitted to the Illinois bar in 1910, and to the Wisconsin bar in 1926, where, in Mukwonago, she opened a law office and engaged in general practice. Edgerton became an author of children’s books, including Queen Nature’s Fairy Helpers, wrote two books of original speeches, and co-authored a book of debates with her father, Both Sides of 30 Public Questions Completely Debated. She also contributed to books, magazines, and newspapers, and wrote speeches for businessmen and masters of ceremonies. In 1941, she was awarded for professional achievement and public service by the Wisconsin Federation of Women’s Clubs. She practiced law from her Mukwonago office until her death in 1946.